Chicago Snapshot 2005-2006: A Year of School Newspapers and Advisers

We took a snapshot of high school newspapers and their advisers in Chicago last year, hoping for a glimpse into the future of student journalism in our city. We surveyed all of the city's high schools, but we focused on four: Morgan Park High School, North Lawndale College Preparatory Charter High School, Chicago International Charter School Northtown Academy and Northside College Preparatory High School. The four are a diverse but representative group in many ways, as you'll see. We found a first-year adviser whose journalism class required current events quizzes and "First Amendment Fridays" - and an experienced adviser who has embraced teaching journalism over English, his original field, because he likes journalism's sense of purpose. We found a strong student-run newspaper that also has established itself online - and a group of students who, with the help of a community newspaper, learned the joys of being published and making money in journalism. So we found good news. We also found change: Advisers at the two charter schools, both new last year, left their positions at the end of 2005-06. That happens altogether too often in Chicago schools, whether they're public, private or charter. And we found disturbing news: Our survey of advisers and journalism teachers found that, when compared to 10 years ago, school newspapers publish less frequently,advisers have less teaching and advising experience, and principals are more likely to review the paper before it's published. A larger percentage of public schools are completely without newspapers now than was the case in 1996. What does the future hold? At best, we found, it's a mixed outlook. 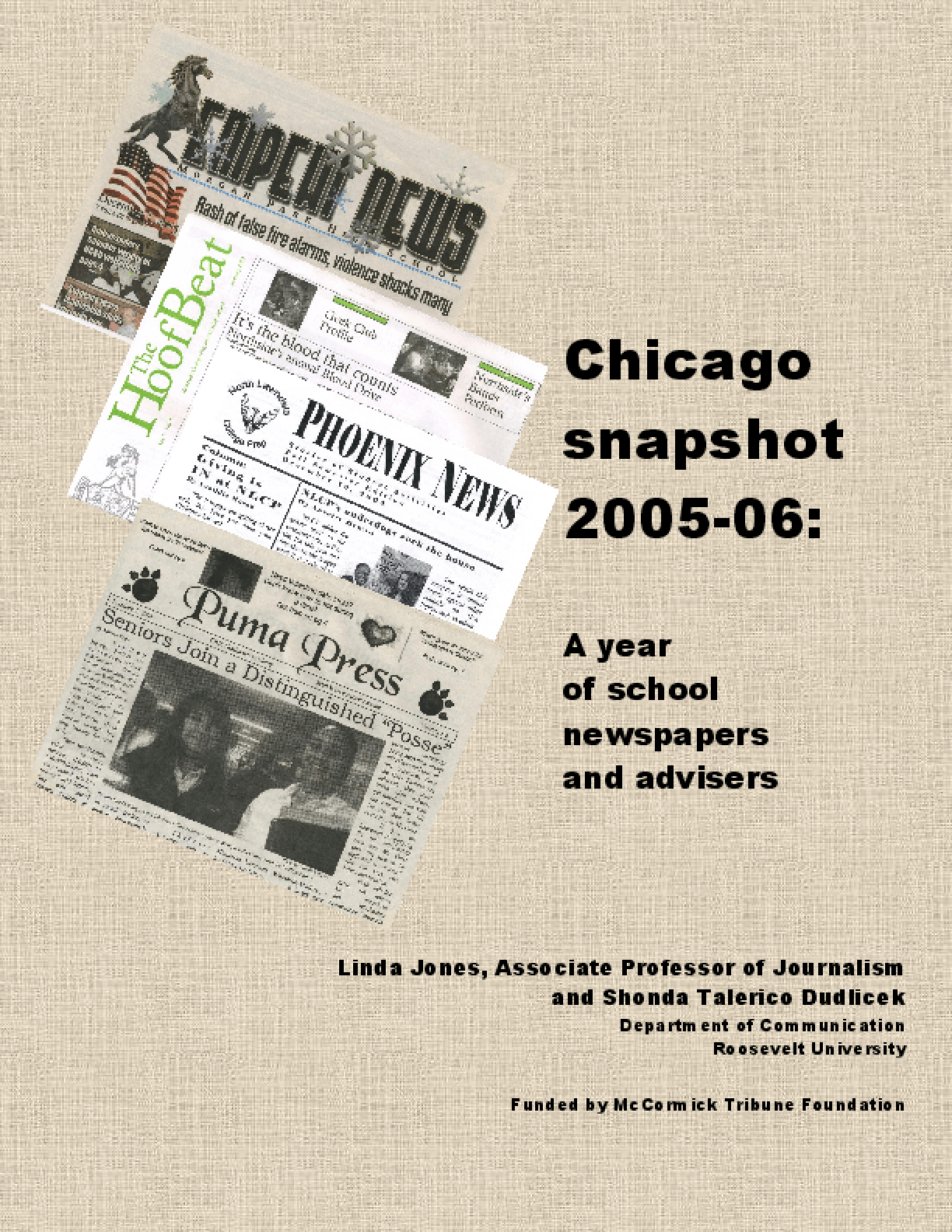