Displacing the Dream: A report on Bay Area newspaper coverage of development and gentrification The YMC has spent much of this year analyzing 3 months of coverage in the San Francisco Chronicle, the Oakland Tribune, and the San Jose Mercury News. The result is this report on the dominant and missing stories in coverage of gentrification and displacement in the Bay. With contributions from anti-displacement groups in SF and Oakland and the Miami Workers Center, research support from the DataCenter, and poetry by Roopa Singh, Displacing the Dream promises to be a groundbreaking tool to support creative communications strategies for organizers in the Bay and beyond. As of 2006, Oakland and San Francisco had each lost 20-25% of their African American populations. Displacing the Dream exposes the failure of Bay Area newspapers to adequately cover the crisis of gentrification and displacement facing the Bay Area today. What did newspaper coverage of housing and development include? Whose voices were heard and whose got left out? What does it all mean? 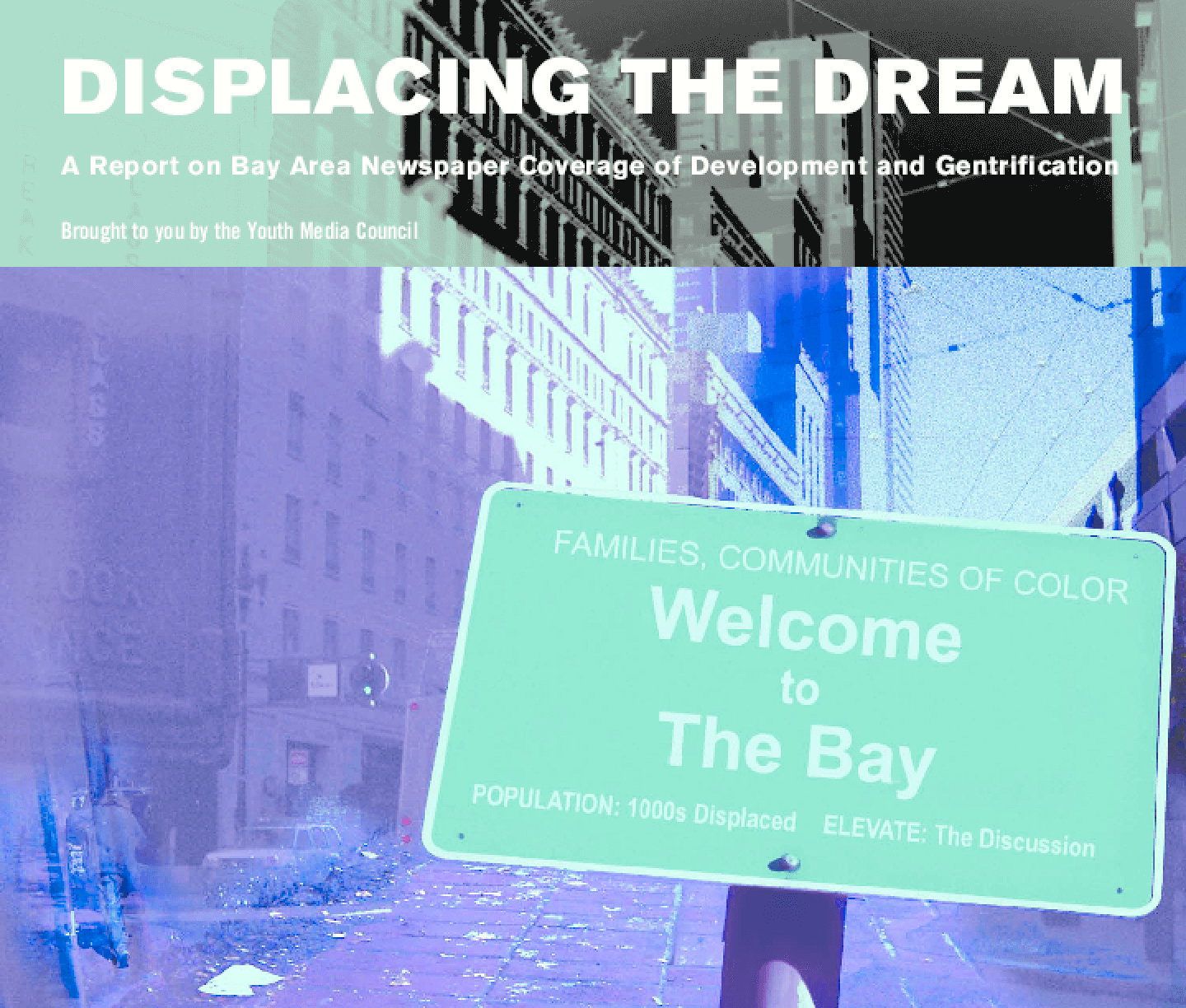