In Defense of Lowering the Voting Age

by Joshua A. Douglas

This Essay outlines the various policy arguments in favor of lowering the voting age to sixteen, at least for local elections. Part I presents a very brief history of the voting age in U.S. elections. It notes that setting the voting age at eighteen is, in many ways, a historical accident, so lowering the voting age for local elections does not cut against historical norms. Part II explains that there are no constitutional barriers to local jurisdictions lowering the voting age for their own elections. Part III highlights the benefits to democracy and representation that lowering the voting age will engender. Turning eighteen represents a tumultuous time for most young adults as they leave home either to enter the workforce or go off to college. Sixteen, by contrast, is a period of relative stability when young people are invested in their communities and are learning about civic engagement in school. Lowering the voting age can, therefore, create a habit of voting and increase overall turnout in later years. Finally, Part IV presents psychological studies demonstrating that, by age sixteen, individuals possess the cognitive capabilities required to perform an act that takes forethought and deliberation like voting. That is, sixteen-year-olds are as good as, say, forty-year-olds at making the deliberative decisions necessary for democratic participation. Part IV also refutes the claim that lowering the voting age will "create" additional votes for parents, as prior experience shows that young people do not simply follow their parents in the voting booth. In sum, lowering the voting age is a sound mechanism to improve our elections. It brings additional, competent individuals with a stake in electoral outcomes into the democratic process and guarantees them a voice. In the current political environment, this is also an area where reform advocates are likely to see successes, which can then spread to state and national policy. 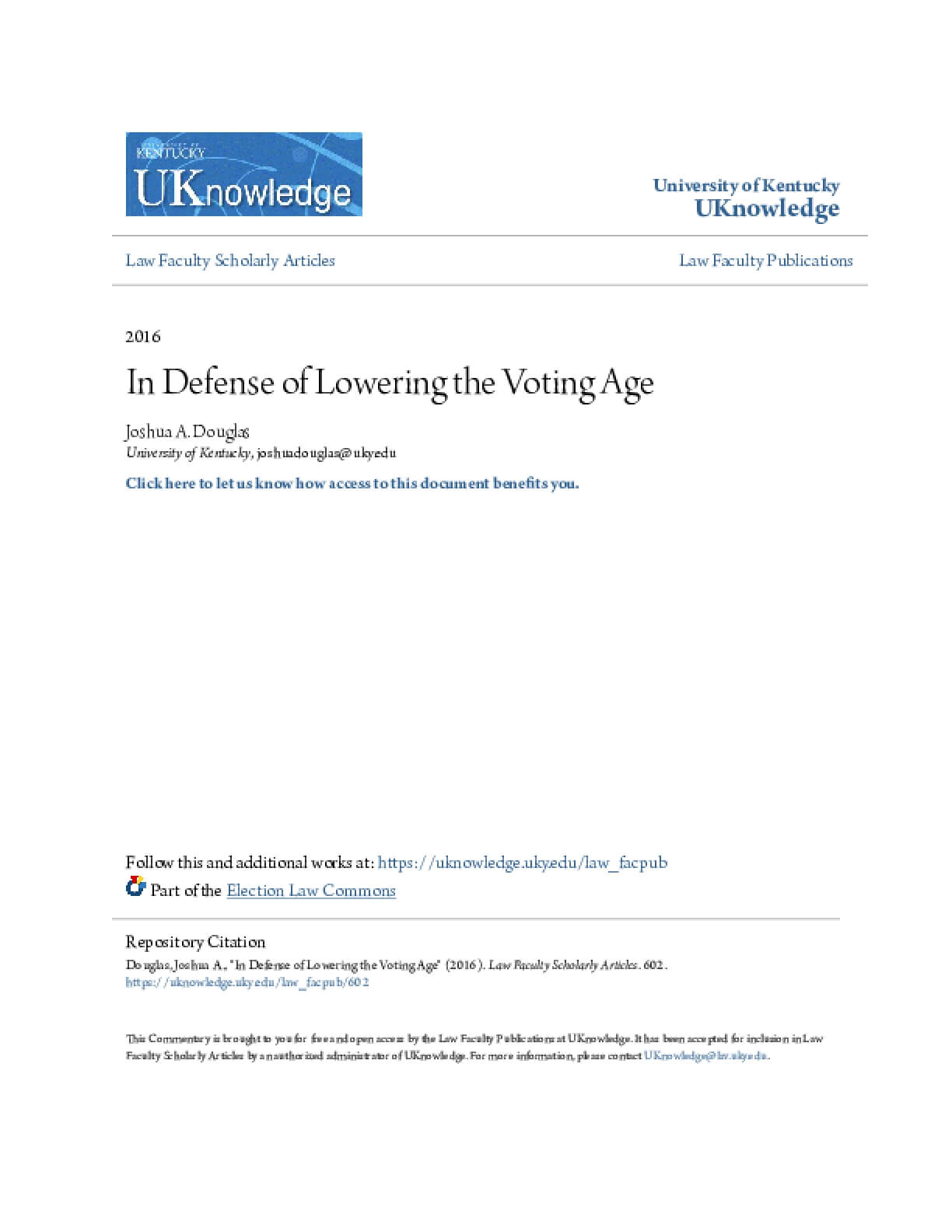