The United Nations Fourth World Conference on Women (FWCW), organized by the United Nations in Beijing in 1995, launched a new era of internationalization for the Chinese feminist movement. The conference facilitated the legitimation of non-state-led organizations and activism that advocated for women's rights, as well as gender and sexual equality. During this time, interactions between domestic feminists and international foundations increased dramatically. After the conference, Chinese feminist advocacy and mobilization expanded beyond the party-state system and gained momentum in the decade following 1995. My research at the Rockefeller Archive Center (RAC) investigated the engagements of the Ford Foundation (FF) in safeguarding women's rights and advocating for gender equality in China, and the Rockefeller Foundation (RF) during the FWCW. This essay draws upon the preliminary findings from my archival research, focusing on the FF's activities in China relating to women and gender issues from the late 1970s to late 2000s, for which the FF archival collection at the RAC is available. The RF's sponsorship during the 1995 Conference is also included. I start with a brief introduction of my research project and materials I found helpful, then elaborate on the two foundations' activities in three sections in a diachronic order, highlighting files available at the RAC and their contribution to my dissertation research. This essay provides only a sketch of the FF and RF's engagements in China, as further investigation of the files I collected at the RAC has not yet finished. 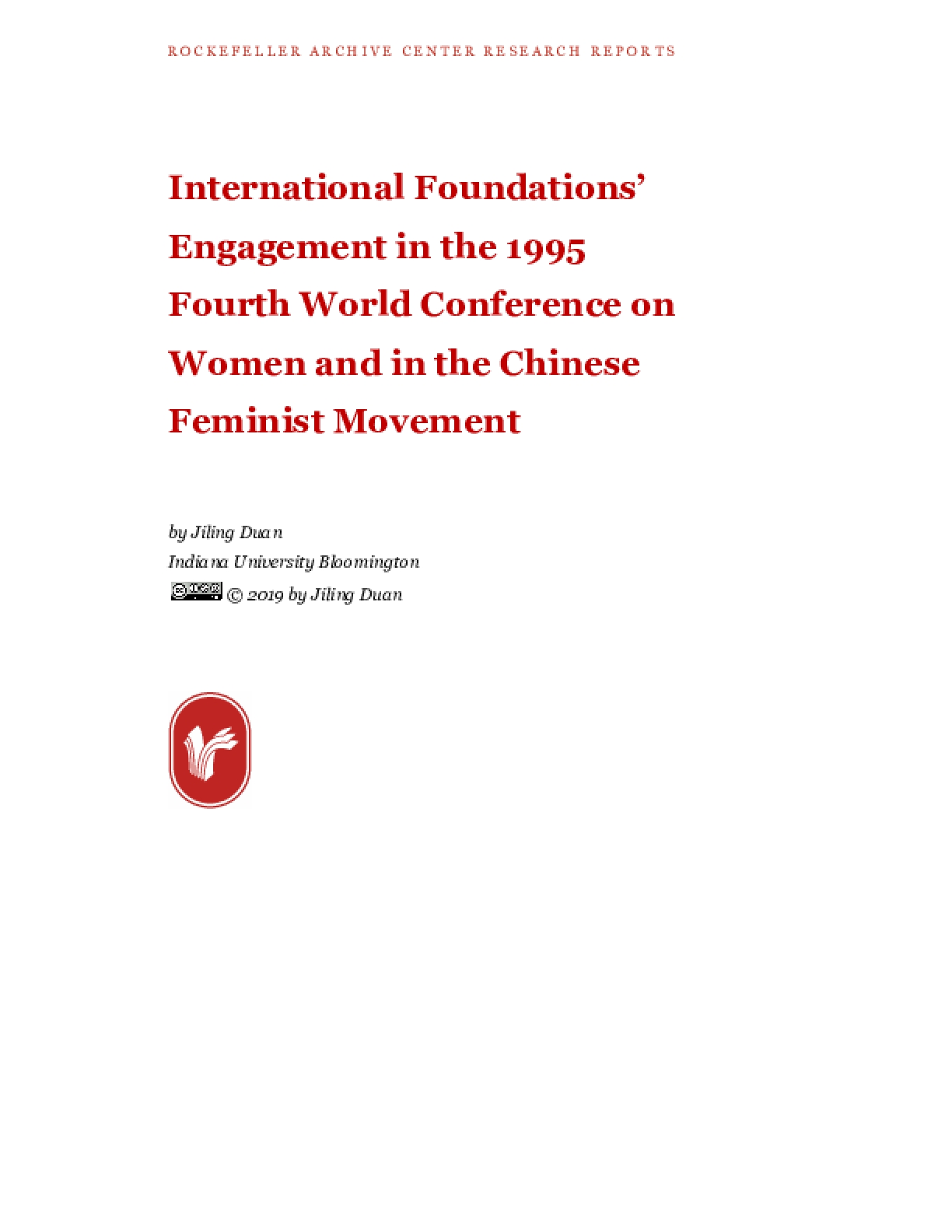