Revolutions in the Light of Historical Process 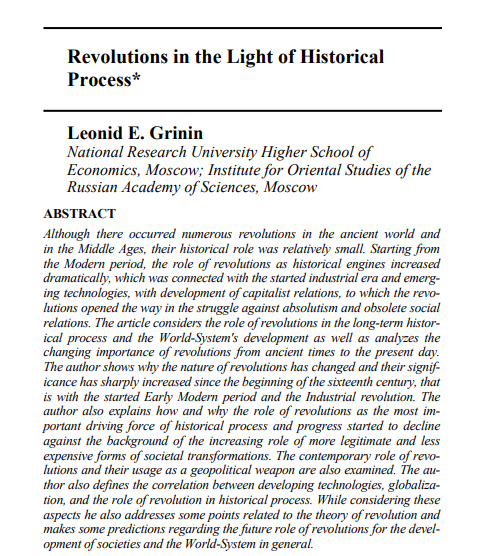