Sales Taxation in a Global Economy

This paper examines the hard-to-tax problem as it relates to the operation of the retail sales tax in general and particularly in the context of an increasingly global economy, with freer trade and factor mobility and heightened horizontal tax and market competition. The perspective of globalization taken here is drawn largely from that of competition and openness across American states; international globalization simply represents an extension of the current problems associated with attempts to administer a destination-based indirect tax in an open economy that falls on a subset of both household consumption and business input purchases. A primary conclusion is that avoidance and evasion, coupled with legislative initiatives, will cause a continued narrowing of the tax base and a further deterioration in revenue productivity. Working Paper Number 03-20. 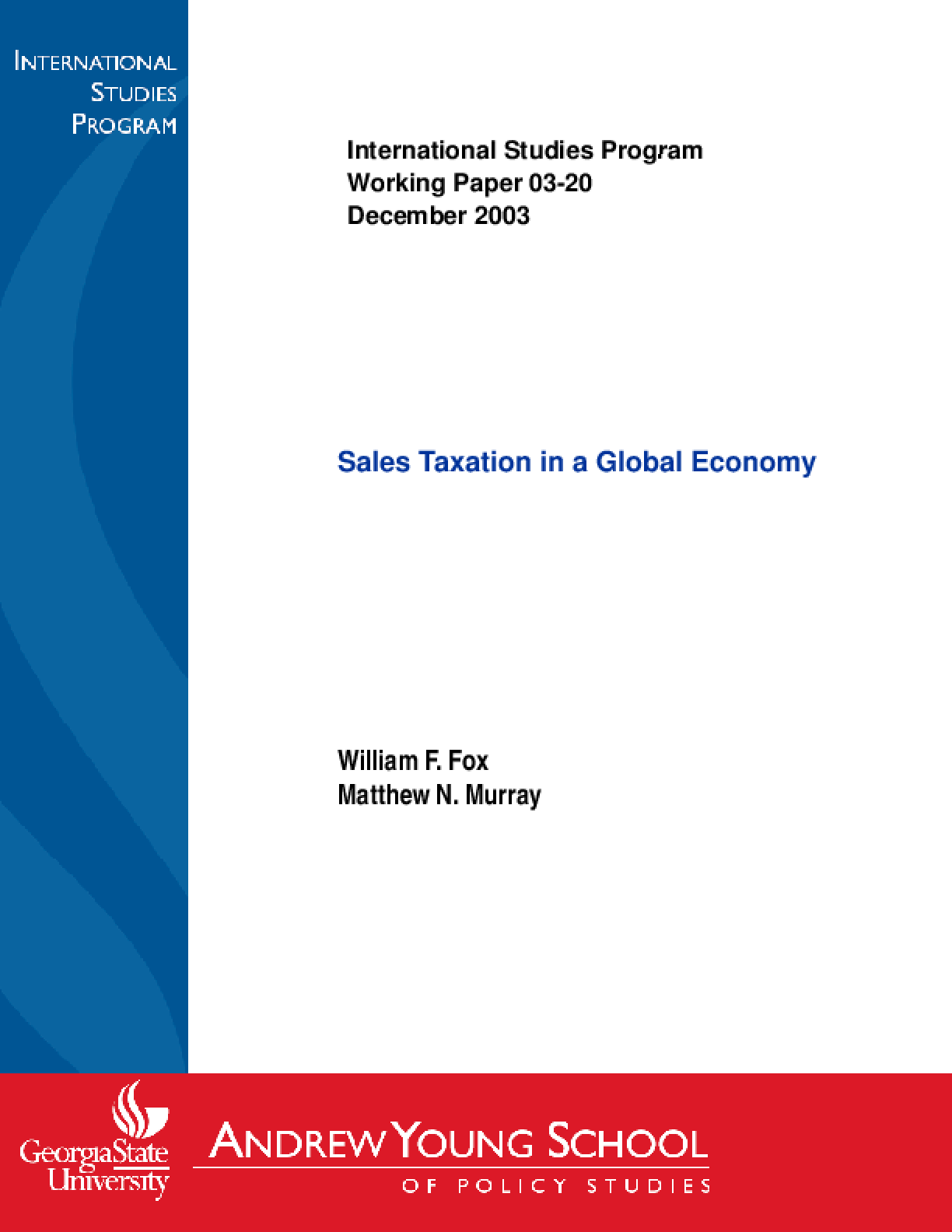