Words vs Actions: The truth behind the advertising of the car and airline industries

New analysis by environmental research group DeSmog, commissioned by Greenpeace Netherlands, "Words vs. Actions, the truth behind the advertising of the car and airline industries", shows how European airline and car companies use advertising to evade their climate responsibilities by either exaggerating their corporate response to the climate crisis or completely ignoring the damage their products cause.

Greenpeace Netherlands selected a representative sample of ten European airlines and car makers, and DeSmog then analysed a year's worth of their advertising content from the Facebook Ad Library, comprising ads posted on both Facebook and Instagram for European audiences. The analysis of 864 car advertisements and 263 airline advertisements suggests that the companies are greenwashing, in other words presenting a deceptively environmentally friendly image.

In Europe, more than 30 organisations are supporting a campaign to legally end fossil advertising and sponsorship in the EU, much like the long-established directive banning tobacco sponsorships and advertisements. If the campaign collects one million verified signatures in a year, the European Commission is obliged to respond to the proposal. 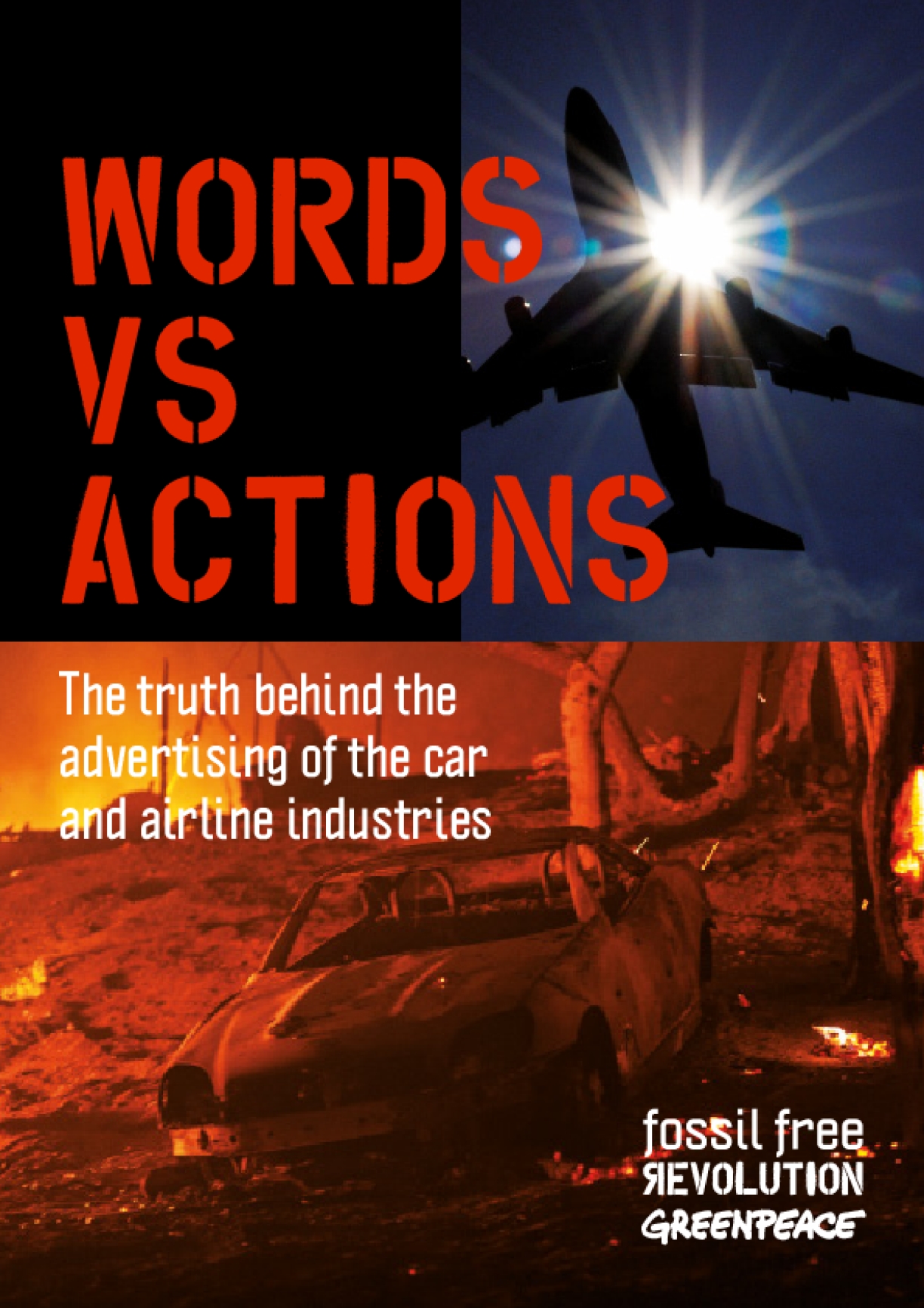